The pilot testing methodology of marketing objects, catalysts and proposals is complementary to any design or R&D method a company uses.

The pilot testing process of the marketing solutions includes the participation of a group that is integrated by a coordinator, a fallacy-shooter and an ombudsman/woman:

I) The Coordinator is responsible for guiding the group towards the objectives that have been defined.

II) The “Fallacy-Shooter” is responsible for assuring the quality of the foundations and justifications in the decision-making processes.

The “Fallacy-Shooter” is the person responsible for guiding the action-reflection-action process in order to improve the accuracy of the diagnoses and of the work processes.

III) The “Ombudsman/woman” is responsible for monitoring the value generation of the design processes.

The “Ombudsman/woman” is responsible for monitoring that the proposals respond to the functional needs of the solutions that are required; s/he guarantees results. S/he represents the “user” and is responsible for generating value to the environment.

There are two types of tests:

a) The Pilot Testing Process

The pilot testing process of the design follows these steps to ensure results:

The methodology for destructive pilot tests aims at measuring the achievement of the objectives of a process or function and the limits of the functionality of the knowledge that sustains these actions.

The destructive pilot testing of a value proposition for a predefined conceptual segment confirms that the results have been achieved while the boundaries are being extended, beyond the predefined limits of the segment, in order to find the limits of the functionality of the proposition.

There are four steps to develop destructive tests:

This approach implies using a real value proposition and comparing this solution with its substitutes.

The expansion of the limits of applications occurs after the comparison with substitutes has been generated and it has been demonstrated that the value proposition is functional and generates buying intentions.

It also requires either finding the catalysts that correspond to the new segments that need to be developed or confirming that they can be influenced by the same catalysts.

This process ends when the limits of the applicability have been found.

It implies developing the same process of comparing with substitutes but in this case the comparison is with succedanea (see step 1). This stage is the end of the destructive pilot testing process. The success of the marketing strategy has been ensured when this stage has been successfully achieved.

The feedback from pilot tests allows discovering latent needs that are not being covered by the proposals. If the timing is accurate, the development of an ontological reverse engineering process allows finding the conceptual structure of the solution of the latent needs that want to be covered.

The real operation is what defines the final limits of the knowledge that is being tested. 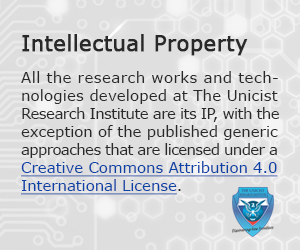 The applied research reservoirs include a Translator